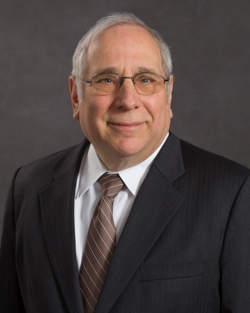 Michael S. Davis has been a partner at ZEK since 1999. Mike has more than 40 years' experience in a wide range of commercial litigation, concentrating in bankruptcy, insurance and insurance-related arbitration. His experience also includes antitrust, contracts, employment, maritime, real estate, reinsurance and securities matters. He has lectured on many of these subjects at Long Island University and to business audiences. An accredited CLE lecture by Mike on arbitration law is available on line at https://www.nacle.com/CLE/Courses/Update-in-Arbitration-Law-1509

Mike began his career at Chadbourne & Parke in the 1970’s and during the 1980’s he was Senior Counsel in charge of Corporate Litigation at American International Group, Inc.

Mike’s practice focuses on representation of insurance companies in commercial bankruptcy matters, both as creditors and as insurers. Mike also has an active arbitration practice. The scope of Mike’s forty years of experience is demonstrated by these published judicial decisions, among others:

Mike has served as a trustee of The Harvey School, Katonah, NY (1993-1998), represented clients on a pro bono basis through Volunteer Lawyers for the Arts, Citizens Committee for Children of New York, Inc. and Community Law Office of the Legal Aid Society, and served as a president and trustee at his synagogue.