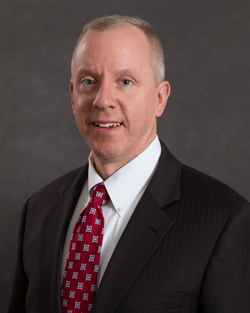 Pierre-Yves Kolakowski joined ZEK in 1995 and is the resident and managing partner in our Connecticut office. Pierre is a commercial litigator, practicing in the state and federal courts of Connecticut, both at the trial and appellate levels.

Pierre’s philosophy has always been to forge a strong relationship with clients and work to develop a keen understanding of the clients’ businesses, operations and individual needs. This strategy has proven time and again to form a strong basis upon which to counsel clients and tailor legal services to the individual client’s specific goals and objectives. A skilled litigator who is always willing to take the client’s dispute to a successful resolution at trial where appropriate, Pierre likewise recognizes the need to explore alternative resolutions which best suit the economic and business goals of the client.

Pierre has been recognized as a Top Rated Business Litigation Attorney and “Super Lawyer” as well as a “Top Attorney in Connecticut” by Connecticut Magazine.

Real Estate Litigation - Pierre’s practice involves the enforcement of commercial loan obligations including commercial foreclosure actions, escalated residential foreclosures, replevin actions and workouts. Indeed, based on his many years of experience in the field, Pierre has lectured on Connecticut’s unique foreclosure procedures. Other matters include quiet title and reformation actions and the negotiation and defense of municipal tax and lien obligations.

Food & Beverage – Pierre heads ZEK’s Food & Beverage practice group, representing multiple industry participants such as food distributors, manufacturers and wholesalers. Pierre has assisted clients in many facets of the industry, including the negotiation and enforcement of distribution and supply contracts and the preparation of other specialized industry agreements including private label, warehousing, import and recipe/food product confidentiality agreements. In addition, drawing on his extensive experience as a litigator, Pierre has represented ZEK’s food and beverage clients in a variety of industry-related litigation and proceedings involving contract disputes, restrictive covenants, creditor’s rights and regulatory compliance.