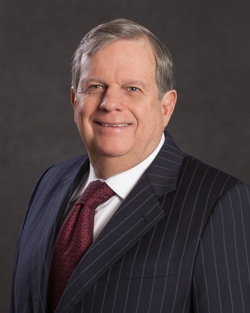 Mr. Walsh retired from the U.S. Department of Justice as Assistant General Counsel in the FBI’s National Security Law Branch. He has extensive experience in cyber investigations, U.S. cyber policy, and national security matters. He provided legal advice on forensic and cyber matters to the Intelligence Community for their Counter Intelligence and Counter Terrorism programs as well as to the Foreign Intelligence Surveillance Court. He served as the national security counsel to the FBI Cyber division and participated in interagency working groups shaping national cyber policy.

Mr. Walsh served as Assistant General Counsel to the N.Y. City SCA Inspector General’s Office and as a Special Assistant District Attorney in the Manhattan District Attorney’s Office focusing on corruption and money laundering in the city’s construction industry. He initiated and managed a forfeiture program and fourteen monitorships / private inspector generals in efforts to reform the industry.

Mr. Walsh had a law practice that focused on white collar and complex civil litigation and technology matters.

Mr. Walsh was a Bureau Chief in the Bronx District Attorney’s Office, where he managed forfeiture, homicides, and forensic investigations of computer, video, and audio evidence. He was chief of the first law enforcement video unit that used video to record suspect statements, crime scenes and lineups. He has lectured extensively all over the world on the use of video by law enforcement to enhance their cases. He pioneered the use of a remote video link (VTC) for use in New York courtrooms.

He has investigated and prosecuted computer crime cases using forensics and management of digital information. He has lectured extensively on computer security matters including at the European Union computer crime conference at The Hague.

Mr. Walsh, as a representative of the United States government, participated in the London training of the Iraqi judges for Iraqi Special Tribunal that conducted the Iraq war crime trials.

Mr. Walsh is also an adjunct faculty member at the New Jersey Institute of Technology College of Computing where he teaches a course on Cyber Investigations, Security, and the Law and assists in their research projects.