Last week, the Consumer Financial Protection Bureau (“CFPB”) issued a consent order which should send shock waves through the banking community. In our view, bank lawyers need to review that order and consider whether their institutions must take steps to change certain practices or face CFPB scrutiny and/ or class action lawsuits.

The CFPB fined a national bank $10,000,000. for alleged unfair and deceptive acts or practices in processing garnishment notices against out-of-state bank accounts in violation of both the Consumer Financial Protection Act of 2010 and state prohibitions against out-of-state garnishment. The consent order claims that the bank improperly garnished out-of-state accounts as a result of which customers whose accounts were garnished were charged inappropriate fees by the bank.

According to the consent order, the bank misrepresented by implication the applicable state exemption rights of consumers by applying exemptions of the state in which the garnishment was issued rather than the customer’s state of residence. Critically, the CFPB faults the bank’s form oF deposit agreement that it claimed “direct[ed] [the bank] not to contest legal process and waive [the bank’s] liability for its unlawful garnishment conduct" and "suggested” that bank customers could not pursue claims concerning any alleged misrepresentations. The consent order also directs the bank to (i) refund the allegedly improper fees, (ii) develop a plan by which it remediates its handling out-of-state garnishments and its application of exemptions to comply with state and federal law, and (iii) modify its form of deposit agreement to eliminate the allegedly unlawful waiver.

This highly aggressive action by a regulatory body highlights the challenges confronted by banks that do business in multiple jurisdictions and the vital need to know and make an effort to comply with the confusing and potentially conflicting laws of those jurisdictions. The fallout of the consent order is not yet clear. But, based on our long standing and deep experience in the bank payments field we know that many banks’ consumer deposit agreements contain provisions similar to those targeted by the CFPB, and those banks’ procedures for handling so-called cross-border garnishments are consistent those with which the CFPB finds fault. Any bank that does business with customers who reside outside a state in which the bank may be served with a garnishment order is on notice to explore whether it must heed the remedial actions mandated by the CFPB or face the prospect of the same result.

We would welcome any questions you may have regarding the terms of the consent order or what actions should be taken now in view of its terms and implications.

Barry J. Glickman is an accomplished litigator with a concentration in representing financial institutions. Mr. Glickman's background includes a firm grasp of a broad spectrum of state and federal laws involving levies, restraints, attachments and seizures. Barry has uncommon expertise in the highly specialized field of legal process compliance, and has developed a successful niche practice providing daily counsel to in-house counsel and operations personnel on issues concerning both atypical and judgment enforcement devices such as writs, restraining notices and levies and problematic federal and state specific court orders and process served by law enforcement agencies, governmental and regulatory bodies and attorneys as officers of the court. As part of this unique arrangement Barry also regularly provides training and legal education lectures to these bank clients. For questions about this article, please contact Barry at bglickman@zeklaw.com. 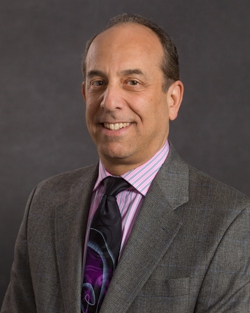